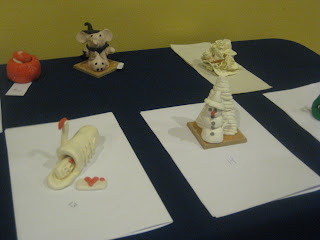 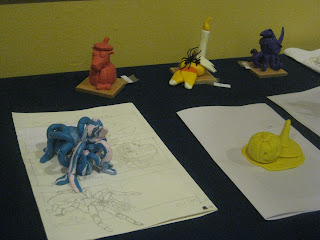 With Chicago only three months away I realised I wouldn't have the nerve to turn up if I hadn't finished Bill's model so this week "Melmo" has had my full attention. They have been very kind and not once told me to "hurry up" or words to that effect..and they had every right to. So a mere twenty months after carving his model I should get Bill's model to him........thank God I don't deliver live organs for a living!
Now I hope there's no link between that story and this one but last Friday I played golf. I am a member of the Pheasant Inn Golf Society (P.I.G.S.) and once a month we play a different venue. This month we visited The Worcestershire G.C. This exclusive club was established in 1879 and designed by a Dr Alistair Mackenzie who apparently also designed Augusta National and Cypress Point ....wherever they are....
Luckily they were holding a "Peasants day" and our society was let loose on it's hallowed greens. At this point I can tell you that I played like a true champion.....providing that champion was called "Dobbin" and was the four legged ploughing champion of Great Britain 2010. I look forward to our monthly golf so much that when the time comes I am at such a high level of expectation that utter disappointment is the only possible outcome. I'm not sure why I even like golf....did I say "why"..I meant "if". I think it's the contrast between my visualisation of the shot I'm about to play and reality......if I knew where the ball was going to go where would the fun be in that? To make things worse I lost my usual £5 side bet with Roy "I'll put down a four" Sumner. So, am I looking forward to next month's game at the Herefordshire G.C.? You bet I am, luckily I have a very low threshold as to what counts as a good game of golf.....anytime I don't get struck by lightning!
Posted by Sculptor Pete at 06:13